Shipping giant Maersk recently made industry headlines when it announced it had decided to bring its net zero deadline forward by a decade.

Maersk, the world’s second-largest shipping operator, announced in January that it would become net zero by 2040, a decade ahead of its original target.

Instead of complying with the commitment made by the International Chamber of Shipping before COP26, Maersk has stepped up its game because “it is a strategic imperative to extend our ambition from net zero to the full footprint of the ‘business”.

“The science is clear, we need to act now to make meaningful progress in this decade,” Maersk chief executive Soren Skou said. “These very ambitious goals mark our commitment to society and to the many customers who are calling for net zero supply chains.”

No time for new technologies

To achieve such ambitious goals, the group relies on a few trusted partners, including the Californian developer of low-carbon biofuels WasteFuel.

WasteFuel, a portfolio company of US sustainable investment firm IX Investments, has received backing from Maersk and other partners – including Salesforce boss Marc Benioff and Aileen Getty – to develop sustainable transportation fuels.

“You know, industry produces about 950 million tonnes of carbon dioxide a year, or about 2.5% of global CO2,” Trevor Neilson, managing director of WasteFuel and co-founder of IX Investments, told City AM in an interview.

Instead of experimenting with different technologies, WasteFuel develops its shipping fuel solutions under license of proven technologies from around the world.

“We made a decision early on that we weren’t going to go out and experiment with new technologies or try to develop our own,” he said. “As far as the climate is concerned, we don’t have time for that. We have 417 parts per million of carbon dioxide in our atmosphere.

Maersk’s support was significant as it enabled WasteFuel to launch WasteFuel Marine in January, a renewable fuel solution that aims to reduce CO2 and NOx emissions by 95 and 80% respectively.

To produce WasteFuel Marine, the company relied on anaerobic digestion, a process by which bacteria break down organic matter in the absence of oxygen.

“This will be our initial route to methanol,” Neilson explained. “But there are many other ways to produce methanol that we will start using over time, because we believe their cost and efficiency make them usable.”

Fighting costs and the short-term mentality

Cost is the main obstacle to increasing production, especially since oil prices are considerably lower.

“Petroleum is an energy-dense substance that the world is used to paying for and in some companies there is resistance to paying a penny more for green fuels,” he said. Fortunately, this is an old way of thinking as more and more companies are willing to pay a premium for green fuels.

The second problem faced by developers of sustainable fuels, particularly in shipping, is a very short-term mindset that many business leaders continue to adopt.

“A lot of CEOs don’t really want to make long-term decisions, they just want to make decisions that will impact the next quarter of their company’s earnings,” Neilson added. “And if you think that way, related to climate change, then there is a real problem.”

According to Neilson, many shipping companies are behind in their decarbonization plans due to widespread denial within the industry.

“I think others in shipping are in denial and over time that denial is going to be very painful for them as regulation eventually comes to the industry,” he said.

“I would be worried if I ran [one of these companies] but it looks like they are doing what many others have done over time, just pretending the problem will go away somehow.

Reports of the possible introduction of a new carbon tax have been circulating for a few years, but have recently gained momentum. In November, The Wall Street Journal reported that the International Maritime Organization was considering a new shipping tax to help the industry get to net zero faster.

If passed, the new policy would see shipping lines billed $100 for every metric ton of CO2 emitted per trip, the outlet reported, raising around $1 billion over the next 30 years.

“By the time that happens, 90% of the shipping industry will be in absolute crisis because it takes a long time to build new ships that burn on methanol,” Neilson said. “I would be terrified to be a CEO of a shipping company that doesn’t deal with these issues right now.” 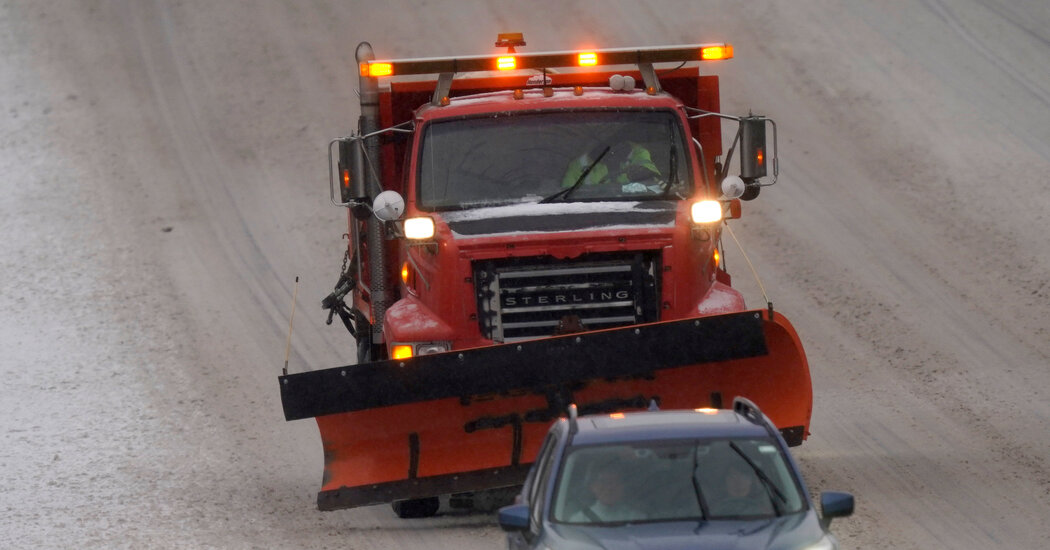